Adjunct Professor and Director of the Pathways to Tomorrow Initiative 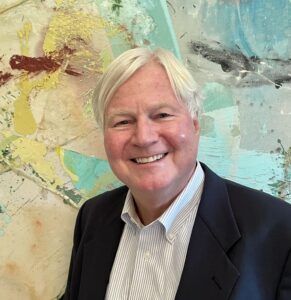 While at The Baptist Church of Beaufort, Harry created the first edition of what is now the Dawnings visioning and church renewal process, called Dawnings: Welcoming a New Day in Your Church’s Renewal.

Harry joined the global staff of the Cooperative Baptist Fellowship (CBF) in 2007 creating and leading numerous initiatives in both Global Missions and Ministries. Under his leadership initiatives such as Communities of Practice for Field Personnel, Church Networks for Missions, the CBF Disaster Response Initiative, the CBF New Church Start Discernment Cohort, New Church Start Exploratory Conference, Fellowship Southwest (an ecumenical consortium devoted to advocacy and missions), the CBF African American Network, and the CBF Latino Network were created and implemented. Furthermore, he guided the redesign of the CBF Fellows Program (a two year leadership training cohort for first call ministers), the revisioning of the CBF Together for Hope Rural Poverty Initiative and was a member of the writing team for Lilly Endowment Awarded Grants of $1 million each: the Thriving in Ministry Initiative and the Thriving Congregations Initiative.

During this time, a team was assembled to work with Harry to enhance the Dawnings Initiative, seek funding, and promote it throughout CBF. Dawnings is now in three languages (English, Spanish and Romanian), been used by over 270 U.S. congregations, five CBF Global Field Personnel Teams and has made debuts in Cuba, Puerto Rico, Canada, the United Kingdom, Morocco, and Romania.

Missions always has been a major part of Harry’s ministry. He has led or been a part of over 50 mission experiences ranging from one week to three months to 22 different countries as well as numerous stateside locations.

In 2021, Harry transitioned from the CBF global staff toward new creative and focused work designed to assist congregations, organizations, ministers, and seminarians in discerning God’s next call in their life and ministry. Such endeavors include being the guiding consultant for CBF Florida’s Visioning Team; consulting with the creation and redesign of Fellowship Southwest an ecumenical faith consortium devoted to advocacy and missions; and leading the North Central Region of CBF into their next vision. Moreover, Harry continues to promote and facilitate globally the Dawnings initiative and is gathering a team to discern its next generation – post pandemic.

Harry continues to serve in the McAfee School of Theology’s Doctor of Ministry Program as a coach and adjunct instructor. In 2021, on behalf of McAfee, he authored a grant request to the Lilly Endowment entitled, Pathways for Tomorrow.

Harry is married to Denise Tillman Rowland. They have four adult children and two grandchildren. They enjoy traveling, entertaining, golf, audiobooks, and all things around water – the Gulf Coast and Weiss Lake are our “happy places.”.